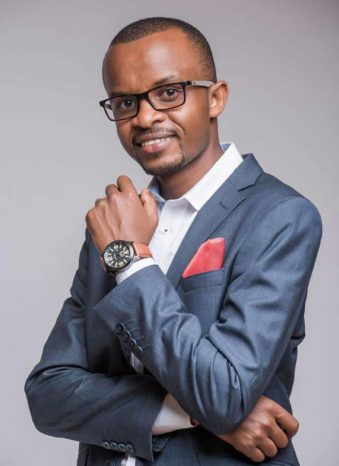 The greatest strength of leadership today is democracy; that the people get to choose a government by them and for them. Indeed, what affects all should be discussed by all.

The greatest danger to leadership today is democracy. Democracy is not about voting and agreeing whether a society will live by justice or not. Democracy is agreeing about how to live out justice within a nation and a community. Democracy is not the judge of truth but democracy is judged by truth and natural law. When democracy makes itself the rule of fundamental truths established in nature, then it becomes tyrannical and evil. For example, it is not within the competence of democracy to decide whether marriage is between a man and a woman or whether there are a multiplicity of genders or whether the life of a human being starts at conception or birth. These truths and facts are established in nature and democracy can only be true if it adheres itself to these truths and not remake them in the name of some imagined equality or false love and sympathy.

The same applies to ethics. The society can only be true and just if it adheres to the truth and facts about the human being. Justice without truth is not justice but sentimentalism and arbitrariness. The greatest of these truths is that each human being has a non-negotiable dignity that they did not give to themselves and neither can they take it away. The state can only protect and promote human life; this is the backbone and foundation of ethics. The state cannot in any circumstance take human life or denigrate it. The dignity inherent in each human being remains even when the worst of crimes are committed. This fundamental belief, when not faithfully kept, results to a society which one has only to look at the 10 million Congolese killed by the Belgians which many Africans don’t know, the more than 60 million people killed in the first and second world wars, the more than 60 million people killed under the chairman Mao’s rule in China and the almost a million people killed in only 100 days in Rwanda. Indeed, to understand what happens when the fundamental human value is not protected, the 20th century is enough to look at. Evidently, the number of people killed in the 20th century is more than all of recorded human history. Let that sink in. Remember our own country in 2007. Remember, and do not forget.

We are here gathered today to challenge all of us to rethink ethical leadership and especially that of the youth. Pope Francis reminded young people that they are the Now of God. God wants to change history through you. Today. You are not the leaders of tomorrow but of today. Leadership is not about the number of titles after your name or the space you occupy in a building but the positive change that you are contributing to the society you live in. However, for you to change the outer world, you need to put your inner world in order. Mother Theresa said that the world indeed would be clean if all of us cleaned our doorstep. Leadership is not about doing big things but doing small things well. Truly that is what love is.

African youth have to stand up and curve a new history for their continent. That new history does not have to imitate the West or East. It can and should be African. We have our own heroes and we do not need to quote only Abraham Lincoln and other foreign persons which goes only to betray our lack of pride in being Africans. Nelson Mandela showed us a leadership that is ethical through forgiveness. Waangari Maathai set the pace by reminding us about the ethics of treating our common home, the environment, with respect. Dedan Kimathi witnessed to us a leadership that is loyal to its soil. Mwalimu Nyerere reminded us of the greatness that lies within a united Africa. Kwame Nkruma showed to Africa what it is to make your own path and set your own pace. President Anwar Sadat of Egypt gave us an example of courageous leadership, willing to give his life for the sake of peace. But we also have Amin Dada, Mobutu Sese Seko, Moi and others who when the challenge of ethics was placed at their feet, they instead smeared it with mud and they failed us big time. We have to make a choice. Life and death knock at our door. Who comes in is a choice we cannot postpone.

We need new leaders. And I hope and believe that I am looking at them.

And thus, in the name of Tangaza University, I welcome you all. I welcome Your Excellency the Governor, the only Governor with a clean bill of health in the use of public funds and who has turned around the history of Makueni.

I welcome Elnet, an organization that is committed to recognizing and awarding, after a thorough background check, the leaders and change makers thus encouraging them and demanding even better from them. They are also major partners in the organization of this day together with The Leadership Guild.

I welcome the guest speakers today, Johnson Mwakazi, the CEO of Fountain Media Group and Susan Lengewa Silantoi, the Youth and Development Coordinator Fahari Project. People making a difference. I welcome you all with open arms to Tangaza University, you who have stepped forward to be part of change makers of history with the Grace of God.

Remember, history has never been shaped by crowds but by individuals with a vision in their minds and courage in their hearts.

I now welcome His Excellency the Governor to give his speech.